A disc harrow is a implement that is used to cultivate the soil where crops are to be planted. It is also used to chop up unwanted weeds or crop remains. It consists of many iron or steel discs which have slight concavity and are arranged into two or four sections. When viewed from a above, the four sections would appear to form an "X" which has been flattened to be wider than it is tall. The discs are also offset so that they are not parallel with the overall direction of the implement. This is so they slide the ground they cut over a little bit to optimize the result. The concavity of the discs as well as their being offset causes them to loosen and pick-up the soil they cut. 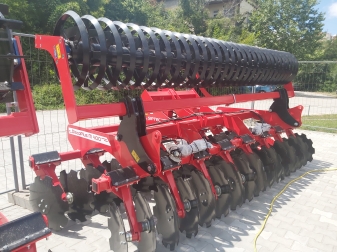 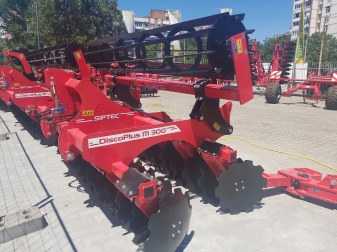 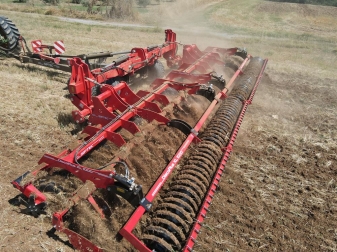 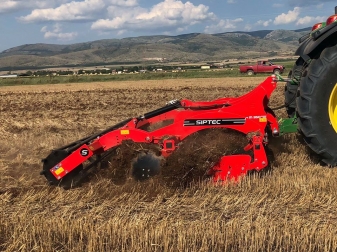